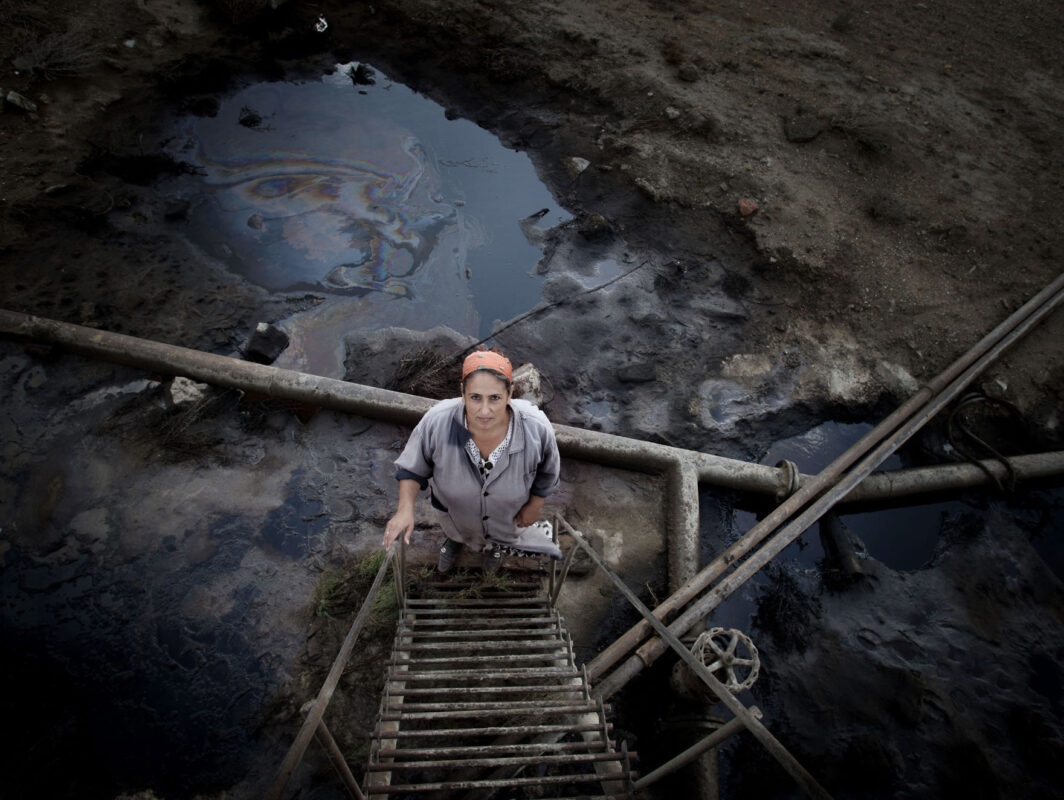 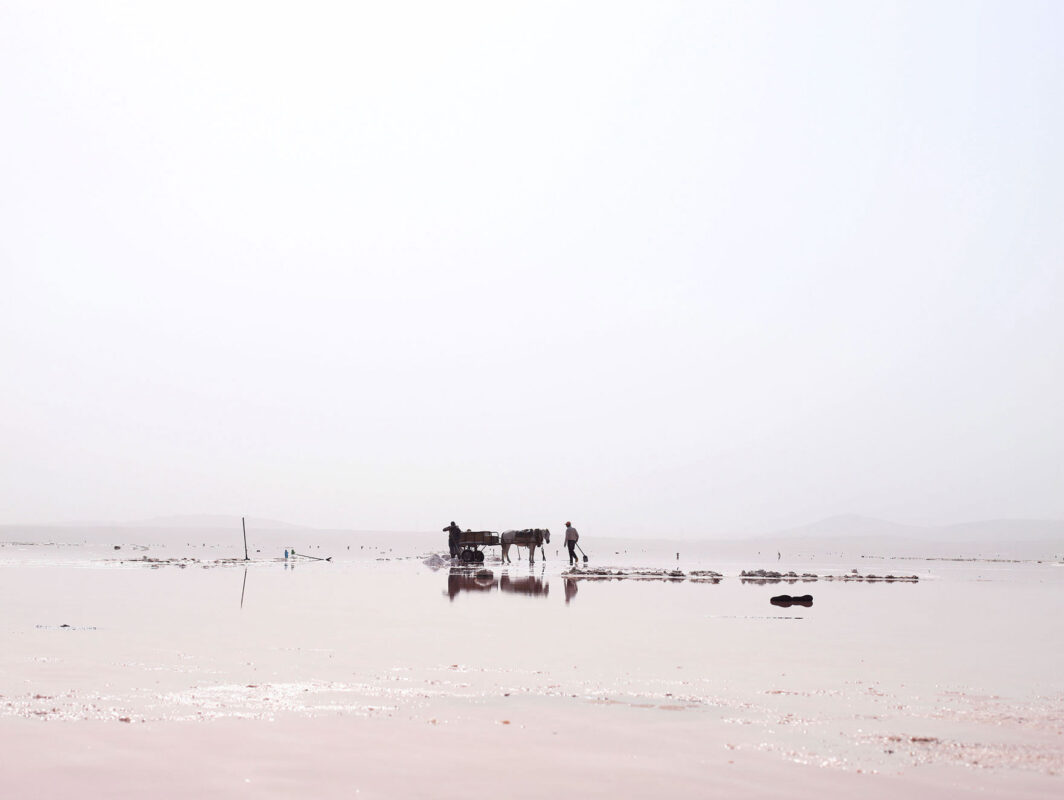 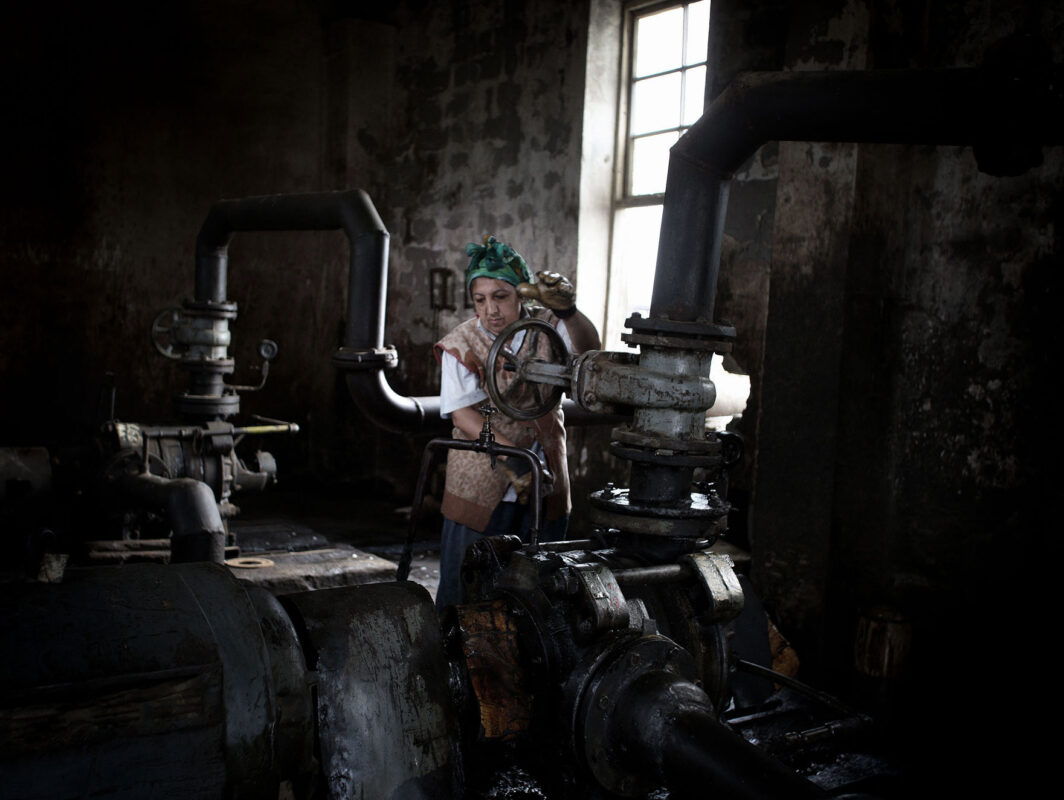 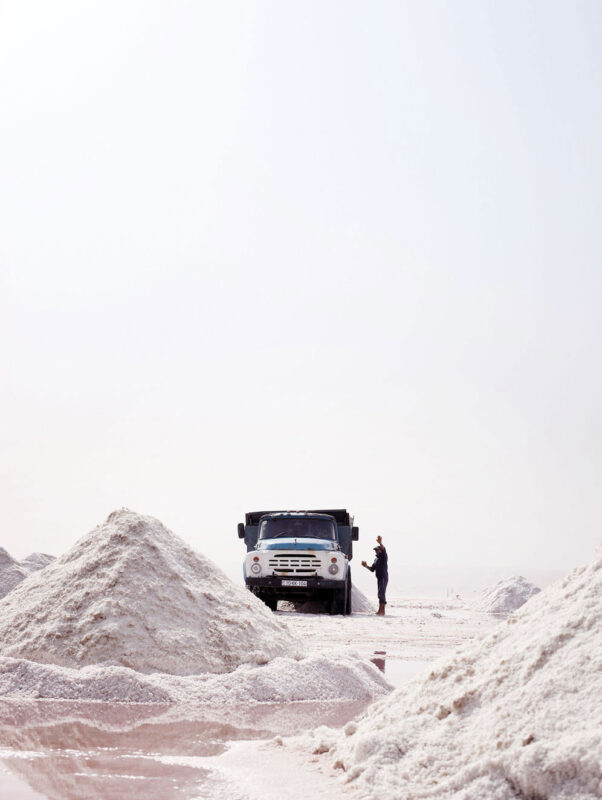 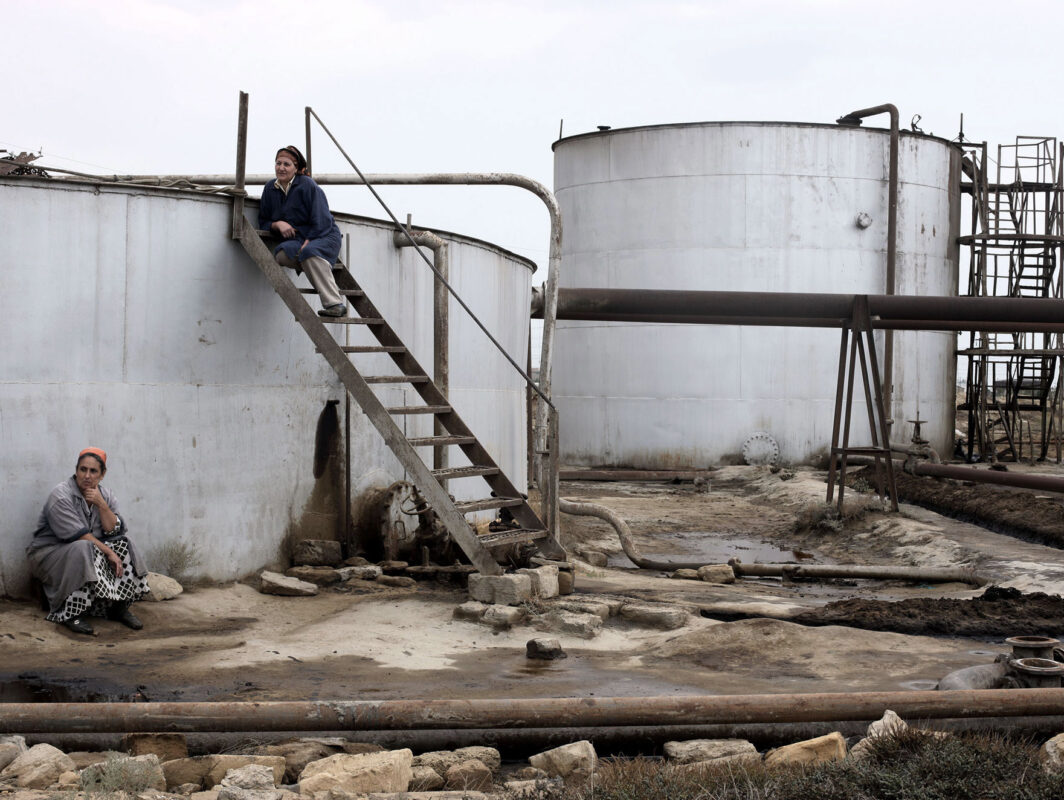 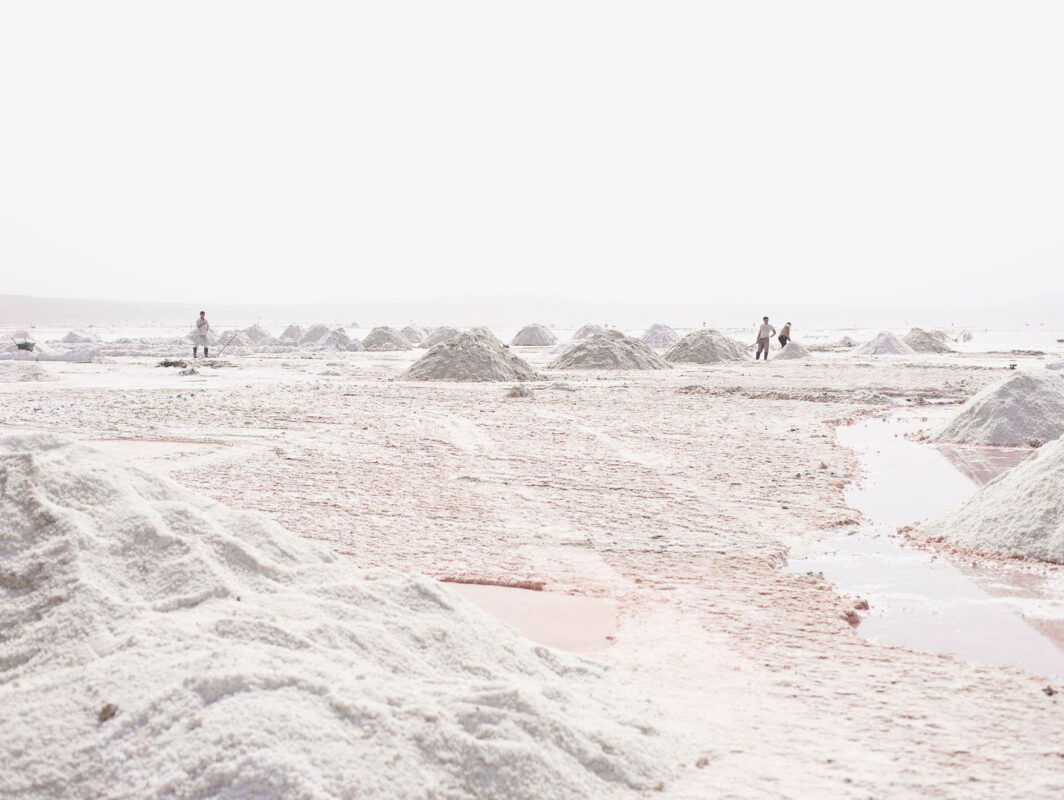 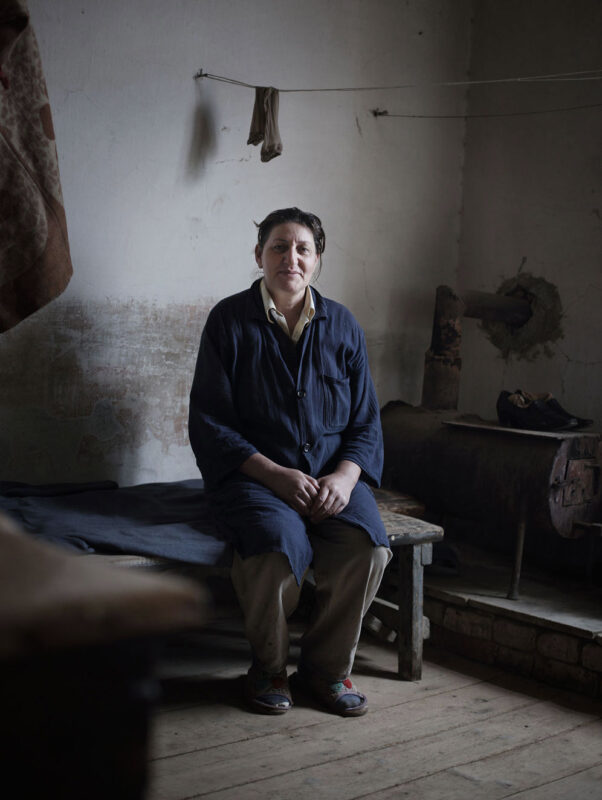 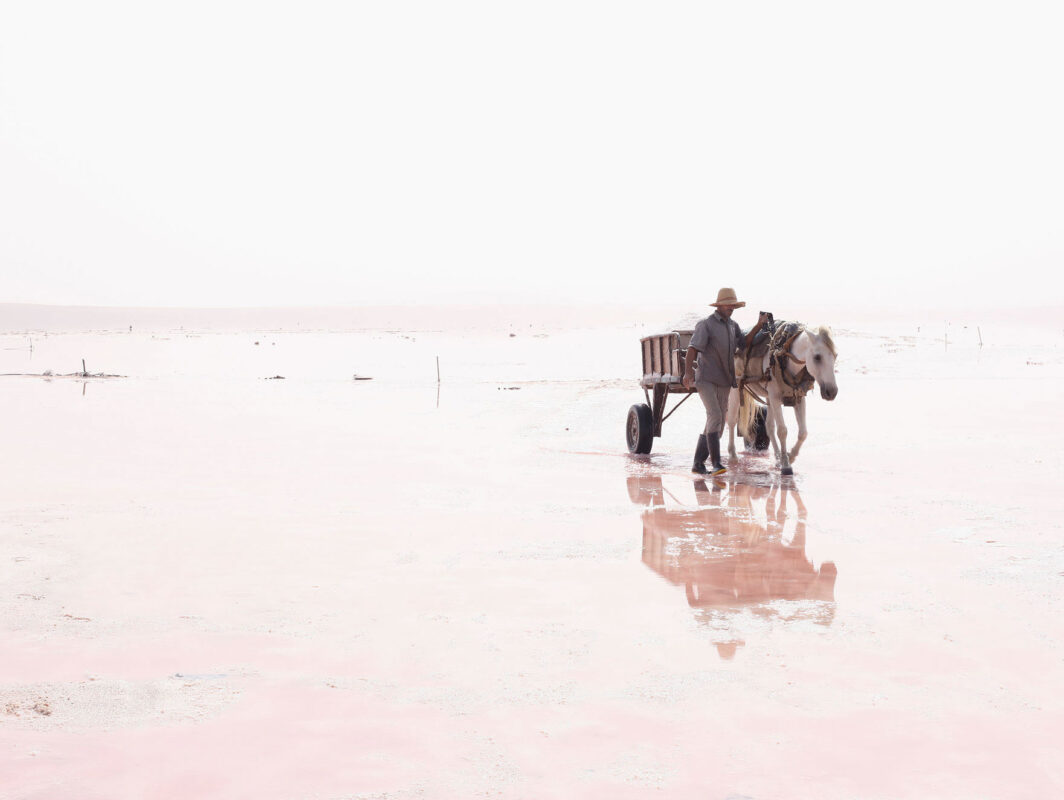 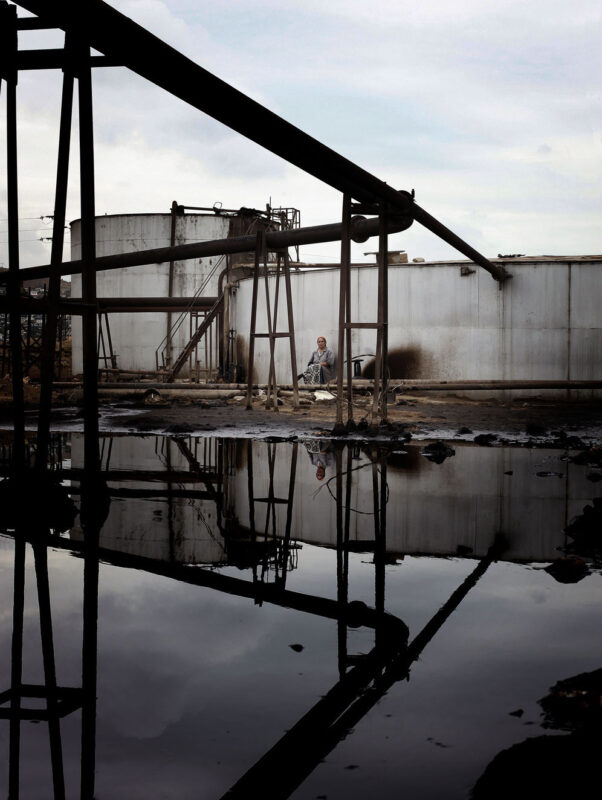 Many contrast of politics, culture and religion clash in Azerbaijan. So it’s no surprise that the two worlds of black oil, which is produced with old Soviet technology on the fields of Bibi-Eibat  and the white salt which is quarried on lake Masazyrgol are just 18 kilometers apart.

Solmas, Zöhra and Gülafat don‘t look like people being suspected to work on an oil field – but the three women are responsible to separate about 120 tons of raw oil a day from groundwater for the Azerbaijan company Azneft. While British Petroleum is drilling offshore with high-tech equipment and tough scottish guys gaining good money the three women have to struggle with bad working conditions for not even 250$ a month.