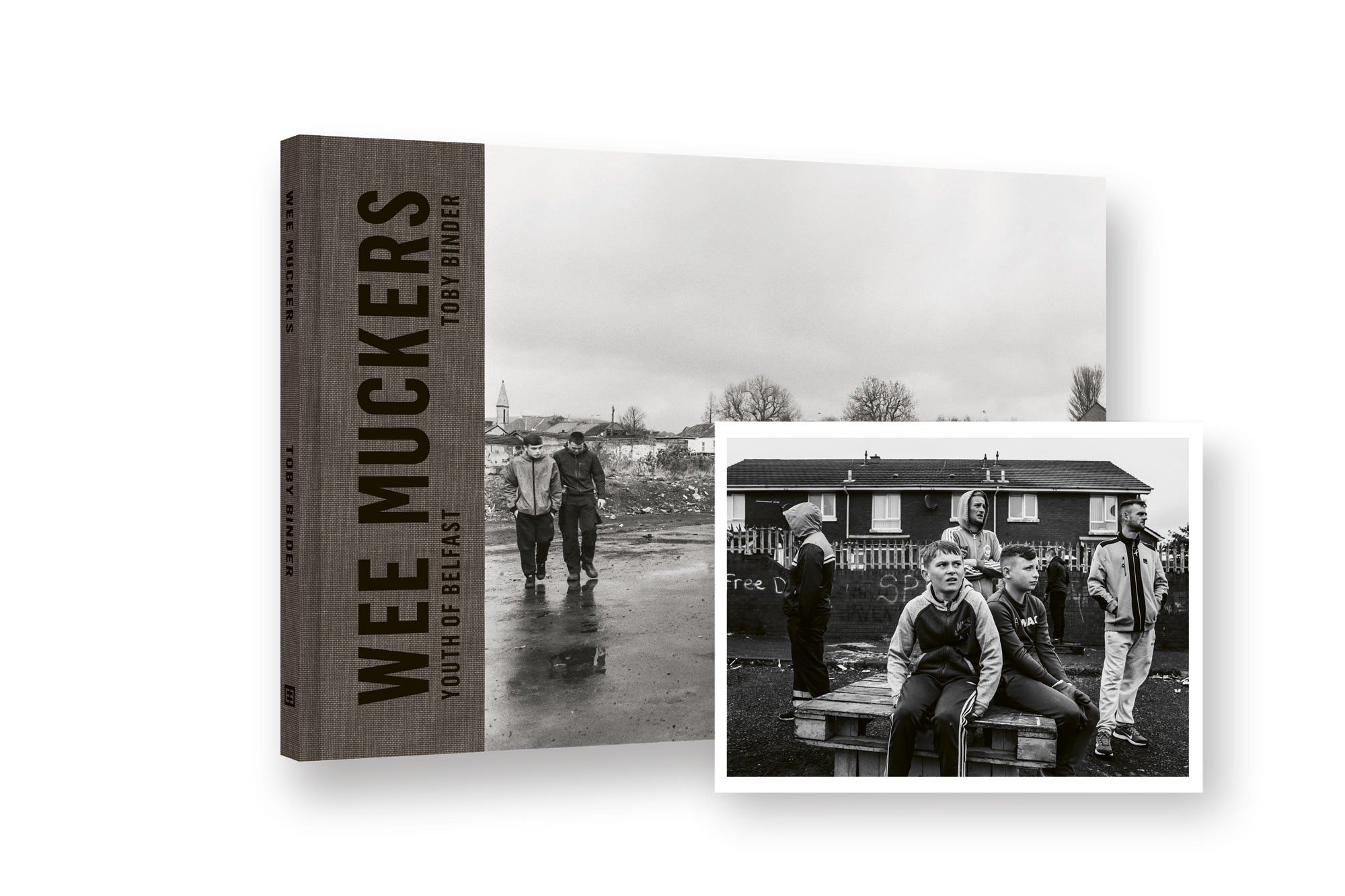 „If I had been born at the top of my street, behind the corrugated-iron border, I would have been British. Incredible to think. My whole idea of myself, the attachments made to a culture, heritage, religion, nationalism and politics are all an accident of birth. I was one street away from being born my ‘enemy’”. Paul McVeigh

Photographer Toby Binder has been documenting the daily life of teenagers in British working-class communities for more than a decade. After the Brexit referendum he focussed his work on Belfast in Northern Ireland. There is a serious concern that Brexit will threaten the Peace Agreement of 1998 that ended the armed conflict between Protestant Unionists and Catholic Nationalists who live in homogeneous neighborhoods that are divided by walls till today. Old conflicts may recur, compromising the youth’s future prospects. Nevertheless, being underage, most teenagers were not allowed to vote in the referendum. Problems they struggle with are similar – no matter which side they live on. And whatever the effects of Brexit will be, it‘s very likely that they will strike especially young people from both communities.

The images of the project “Youth of Belfast” were photographed in six different neighborhoods of Belfast. Binder’s photo essay depicts the ubiquity of unemployment, drug crime, and violence afflicting Belfast’s youth, whether they live on one side of the “Peace Wall” or the other. Whatever comes of Brexit, the ramifications will be  felt by communities on both sides. The project accompanies teenagers in six different Protestant and Catholic neighborhoods, providing an intimate and immediate insight into the daily lives of a whole generation.

“The gritty and powerful photographs that Toby Binder presents here in ‘Wee Muckers – Youth of Belfast’ is a visual gauntlet thrown down to all those who think and say that ‘it will be ok.’ And that there are ‘no worries.’ These photographs of the young people speak eloquently to the long standing historical divisions between the English and the Irish, the North and South, the Protestants and the Catholic. These strong, stark and eloquent images should awaken all those asleep in the status quo, and open a serious discussion about moving forward to some more intelligent resolutions.”
Abe Frajndlich, Photograoher, New York City

“Toby and his compelling images have the unique ability to put viewer in the moment and their lives. This powerful and moving experience comes across in both looking directly into the subjects eyes in portraits as well as documentary shots as they go about everyday happenings as a Youth of Belfast.”
Jeff Glendenning, Art Director New York Times, New York City